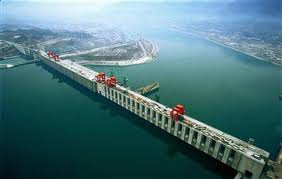 #China boasts more dams than the rest of the world combined.

Before the Communists came to power in 1949, there were only 22 dams of any significant size in China. But now China has more than half of the world’s almost 50,000 large dams.

This feat means that China has completed on average at least one large dam per day since 1949. If dams of all sizes are counted, the number in China surpasses 85,000.

According to Wen Jiabao, China has relocated a total of 22.9 million citizens since 1949 to make way for water projects. So, by official count alone, 1,035 citizens on average have been forcibly evicted daily in the past 62 years for water projects.

China is also the global leader in exporting dams. Its state-run companies today are building more dams overseas than the other international dam builders put together.

China’s frenzied dam-building hit a wall recently in Burma (Myanmar), where the government’s bold decision to halt a controversial Chinese-led dam project helped to ease the path to the first visit by a US secretary of state to that country in more than a half-century.

The now-stalled $3.6 billion Myitsone Dam, located at the headwaters of Burma’s largest river, the Irrawaddy, was designed to pump electricity exclusively into China’s power grid, despite the fact that Burma suffers daily power outages. The State-Owned Assets Supervision and Administration Commission of China’s State Council hailed Myitsone as a model overseas project serving Chinese interests. The Burmese decision thus shocked China’s government, which had begun treating Burma as a reliable client state (one where it still has significant interests, including the ongoing construction of a multibillion-dollar oil and natural-gas pipeline).

Despite that setback, China remains the world’s biggest dam builder at home and abroad. Indeed, no country in history has built more dams than China, which boasts more dams than the rest of the world combined.

Before the Communists came to power in 1949, China had only 22 dams of any significant size. Now the country has more than half of the world’s roughly 50,000 large dams, defined as having a height of at least 15 meters, or a storage capacity of more than three million cubic meters. Thus, China has completed, on average, at least one large dam per day since 1949. If dams of all sizes are counted, China’s total surpasses 85,000.

According to the United Nations Food and Agriculture Organization, China’s dams had the capacity to store 562.4 cubic kilometers of water in 2005, or 20% of the country’s total renewable water resources. Since then, China has built scores of new dams, including the world’s largest: the Three Gorges Dam on the Yangtze River.

China is also the global leader in exporting dams. Its state-run companies are building more dams overseas than all other international dam builders put together. Thirty-seven Chinese financial and corporate entities are involved in more than 100 major dam projects in the developing world. Some of these entities are very large and have multiple subsidiaries. For instance, Sinohydro Corporation – the world’s largest hydroelectric company – boasts 59 overseas branches.

Both the profit motive and a diplomatic effort to showcase its engineering prowess drive China’s overseas dam-building efforts. China’s declared policy of “noninterference in domestic affairs” actually serves as a virtual license to pursue dam projects that flood lands and forcibly uproot people – including, as with Myitsone, ethnic minorities – in other countries. But it is doing the same at home by shifting its focus from dam-saturated internal rivers to the international rivers that originate in the Tibetan plateau, Xinjiang, Inner Mongolia, and Manchuria.

China contends that its role as the global leader in exporting dams has created a “win-win” situation for host countries and its own companies. But evidence from a number of project sites shows that the dams are exacting a serious environmental toll on those hosts.

As a result, the overseas projects often serve to inflame anti-Chinese sentiment, reflected in grassroots protests at several sites in Asia, Africa, and Latin America. Moreover, by using a Chinese workforce to build dams and other projects abroad – a practice that runs counter to its own “localization” requirement, adopted in 2006 – China reinforces a perception that it is engaged in exploitative practices.

As the world’s most dammed country, China is already the largest producer of hydropower globally, with a generating capacity of more than 170 gigawatts. Yet ambitious plans to boost its hydro-generating capacity significantly by damming international rivers have embroiled the country in water disputes with most neighbors, even North Korea.

Second, the state-run hydropower industry’s growing clout within China has led the government to campaign aggressively for overseas dam projects by offering low-interest loans to other governments. At home, it recently unveiled a mammoth new $635 billion investment program in water infrastructure over the next decade, more than a third of which will be channeled into building dams, reservoirs, and other supply structures.

China’s over-damming of rivers and its inter-river and inter-basin water transfers have already wreaked havoc on natural ecosystems, causing river fragmentation and depletion and promoting groundwater exploitation beyond the natural replenishment capacity.

The social costs have been even higher, a fact reflected in Chinese Prime Minister Wen Jiabao’s stunning admission in 2007 that, since 1949, China has relocated a total of 22.9 million Chinese to make way for water projects – a figure larger than the populations of Australia, Romania, or Chile. Since then, another 350,000 residents – mostly poor villagers – have been uprooted.

So, by official count alone, 1,035 citizens on average have been forcibly evicted for water projects every day for more than six decades. With China now increasingly damming transnational rivers such as the Mekong, Salween, Brahmaputra, Irtysh, Illy, and Amur, the new projects threaten to “export” the serious degradation haunting China’s internal rivers to those rivers. The time has come to exert concerted external pressure on China to rein in its dam frenzy and embrace international environmental standards.

Brahma Chellaney, Professor of Strategic Studies at the New Delhi-based Center for Policy Research, is the author of Asian Juggernaut and the newly released Water: Asia’s New Battleground.