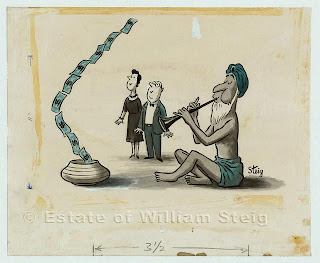 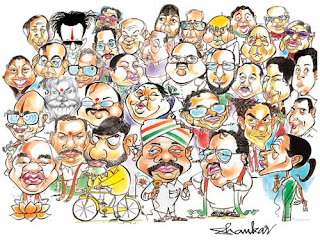 I am posting that article(from merinews.com by Ramesh C M) for you guys…

With personal account deposit bank of $1500 billion in foreign reserve which have been misappropriated, an amount 13 times larger than the country's foreign debt, one needs to rethink if India is a poor country?

Dishonest industrialists, scandalous politicians and corrupt IAS, IRS, IPS officers have deposited in foreign banks in their illegal personal accounts a sum of about $ 1500 billion, which have been misappropriated by them. This amount is about 13 times larger than the country's foreign debt. With this amount 45 crore poor people can get Rs 100000 each. This huge amount has been appropriated from the people of India by exploiting and betraying them.

Once this huge amount of black money and property comes back to India, the entire foreign debt can be repaid in 24 hours. After paying the entire foreign debt, we will have surplus amount, almost 12 times larger than the foreign debt. If this surplus amount is invested in earning interest, the amount of interest will be more than the annual budget of the Central government. So even if all the taxes are abolished, then also the Central government will be able to maintain the country very comfortably.

Some 80,000 people travel to Switzerland every year, of whom 25,000 travel very frequently. "Obviously, these people won't be tourists. They must be traveling there for some other reason," believes an official involved in tracking illegal money. And, clearly, he isn't referring to the commerce ministry bureaucrats who've been flitting in and out of Geneva ever since the World Trade Organization (WTO) negotiations went into a tailspin!

Just read the following details and note how these dishonest industrialists, scandalous politicians, corrupt officers, cricketers, film actors, illegal sex trade and protected wildlife operators, to name just a few, sucked this country's wealth and prosperity. This may be the picture of deposits in Swiss banks only. What about other international banks?

Now do the maths - India with $1456 billion or $1.4 trillion has more money in Swiss banks than rest of the world combined. Public loot since 1947: Can we bring back our money? It is one of the biggest loots witnessed by mankind -- the loot of the Aam Aadmi (common man) since 1947, by his brethren occupying public office. It has been orchestrated by politicians, bureaucrats and some businessmen. The list is almost all-encompassing. No wonder, everyone in India loots with impunity and without any fear.

What is even more depressing in that this ill-gotten wealth of ours has been stashed away abroad into secret bank accounts located in some of the world's best known tax havens. And to that extent the Indian economy has been stripped of its wealth. Ordinary Indians may not be exactly aware of how such secret accounts operate and what are the rules and regulations that go on to govern such tax havens. However, one may well be aware of 'Swiss bank accounts,' the shorthand for murky dealings, secrecy and of course pilferage from developing countries into rich developed ones.

In fact, some finance experts and economists believe tax havens to be a conspiracy of the western world against the poor countries. By allowing the proliferation of tax havens in the twentieth century, the western world explicitly encourages the movement of scarce capital from the developing countries to the rich.

In March 2005, the Tax Justice Network (TJN) published a research finding demonstrating that $11.5 trillion of personal wealth was held offshore by rich individuals across the globe. The findings estimated that a large proportion of this wealth was managed from some 70 tax havens.

Further, augmenting these studies of TJN, Raymond Baker -- in his widely celebrated book titled 'Capitalism's Achilles Heel: Dirty Money and How to Renew the Free Market System' -- estimates that at least $5 trillion have been shifted out of poorer countries to the West since the mid-1970. It is further estimated by experts that one per cent of the world's population holds more than 57 per cent of total global wealth, routing it invariably through these tax havens. How much of this is from India is anybody's guess.

What is to be noted here is that most of the wealth of Indians parked in these tax havens is illegitimate money acquired through corrupt means. Naturally, the secrecy associated with the bank accounts in such places is central to the issue, not their low tax rates as the term 'tax havens' suggests. Remember Bofors and how India could not trace the ultimate beneficiary of those transactions because of the secrecy associated with these bank accounts?

IS THERE ANY ONE WHO WOULD SAVE INDIA ?