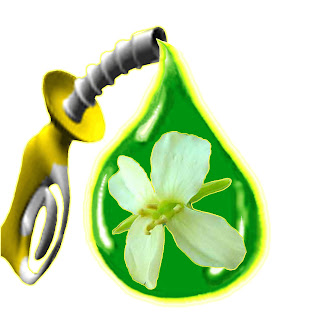 The financial crisis is taking up most of the media oxygen these days, but the aftershocks of two other acute crises, in energy and food prices, are still reverberating. The combined result is that energy and agriculture are becoming inseparable issues.

It sounds counterintuitive, because lower oil prices are making fuels from farm and forest land less competitive. This is true, but only in the short run. The crisis has boosted awareness that dependency on a limited set of resources, including financial products, must be avoided by all means. The best response is diversification—and biofuels will be a major beneficiary of this incipient trend.

Today’s biofuels involve either ethanol or diesel, with the former accounting for roughly 90 percent of the market. Brazil, the United States, and China are the greatest producers. More than half of the world’s bioethanol is generated from sugar cane; the rest, controversially, comes mainly from corn. Biodiesel is mostly derived from rapeseed and sunflower. Jatropha and other “wild” crops are barely in their infancy. On the whole, biofuel crops as a tool to lift small farmers out of poverty remain an unfulfilled dream.

The real promise for biofuels lies not in food or feed crops, but in nonfood organic material such as grass, wood, organic waste (this may include the inedible part of crops, such as stalks), and algae. The potential supply is large: About half of all biomass on Earth consists of lignocellulose, a structural material of plants that can be processed into fuel. And the legal mandate will be there: By 2016, U.S. bioethanol producers will be required to switch to lignocellulosic feed stocks.

For now, coarse mechanical and chemical methods are necessary to separate the constituents of lignocellulose, and energy efficiency is still low. But soon enough, more sophisticated use of bacteria, fungi, and yeasts will make the processing far easier and cleaner. Aquatic biomass (such as algae) will provide another option, as will rapidly growing grass and tree species and organic refuse from households and factories.

Will the biofuels of tomorrow replace oil, as some advocates suggest? It’s doubtful. Produced and used responsibly, fuel from plants will at best be a small, though growing, piece of a broader renewable energy portfolio that includes wind and solar power. But even if electric cars are in widespread use and massive increases in fuel efficiency are taking place, the need for liquid fuels will still rise in the next decade in many areas. In some countries, adding biofuels to the mix will make a real difference in saving foreign exchange and boosting the agricultural sector. Biofuels have the added advantage of allowing the continued use of fossil fuel infrastructure, which, like it or not, is one Big Thing that will be with us for some time to come.

By-Louise O. Fresco is professor at the University of Amsterdam.
Posted by kuldeep singh chauhan at 09:41