Human Engineering - A New You 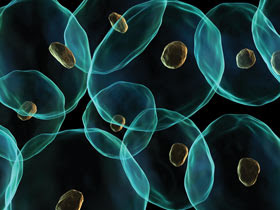 Financial engineering brought us to the edge of ruin, but human engineering—directed evolution—will reshape the global economy, and sooner than you think.

As countries and industries grow increasingly overwhelmed by wave after wave of bankruptcies, layoffs, restructurings, botched contracts, and embarrassing bonuses, they might lose sight of a second, much larger set of tsunamis gathering force over the horizon. While the economy is melting down, technology is moving forward at an even faster rate. The ability to adapt to the accelerating pace of change will determine who survives.

To use the current bailout jargon, at least three major technologies are shovel-ready: the programming of tissues, the ability to engineer cells, and robots. As these breakthroughs and others converge, we are going to see a massive restructuring of global economic power.

We can now program life. Several months ago, researchers at the J. Craig Venter Institute and Synthetic Genomics took a mycoplasma cell and inserted long strands of DNA into it, making the cell an entirely different species. In January 2008, the same team built and inserted the world’s largest organic molecule into a cell—this is the equivalent of a complete software package to program cells. One year later they produced thousands of these programs in a single day.

Taken together, these discoveries mean that one can write out a life code, manipulate a cell, and execute a specific desired function. It means we can convert cells into programmable manufacturing entities. But this software builds its own hardware, allowing companies to begin using bacteria to produce chemicals, fuels, medicines, textiles, data storage, or any series of organic products.

These discoveries, and new applications, are spreading rapidly. Researchers at the Massachusetts Institute of Technology have assembled a standard registry of biological parts. Think of this as a RadioShack for cells. You can get open-source proteins, RNA, DNA, regulators, and terminators. In 2008, hundreds of students from 21 countries came together to make cool live stuff. Rice University’s team tried to engineer resveratrol (the substance that makes red wine good for you) into beer, leading one judge to exclaim, “Wow, cancer-fighting beer. There is a God!” The Taiwanese team was just a little more ambitious. It attempted to engineer gut bacteria to act as a kidney.

Over the next decade, hundreds of open-source and private designs will blossom into millions of projects and applications. Some of these products will fundamentally change how and where we produce most of what we consume.

A second major tsunami is our increasing ability to grow complex organic structures, such as limbs, bladders, hearts, and tracheas. All complex organisms start out as undifferentiated, pluripotent cells, meaning these cells contain an entire genome and are able to produce all body parts. Mexico’s dinosaur-like axolotl salamanders naturally regrow body parts, including sections of their hearts and brains as well as whole limbs. A very young human can regrow parts of fingers. Taking this concept one step further, Cliff Tabin at Harvard Medical School is growing extra wings on chickens.

And soon, it may be possible to do this without a full body, just some cells. Over the past year, researchers shocked human cells back to their pluripotent state. This means that rather than using embryonic stem cells, we can grow skin cells from our own tissue into other body parts. Wake Forest University’s Anthony Atala is growing human bladders and ears in glass containers. A Colombian woman dying of tuberculosis had her own trachea regrown. And Harald C. Ott, a researcher now at Massachusetts General Hospital, took all the cells off a rat heart, leaving only a framework behind. His team then put rat stem cells onto this scaffold, whereupon the cells self-organized and the heart began to beat. Turns out life happens, and we are just learning the rules on how to program it.

Finally, a third tsunami, one we have gotten tired of waiting for: robots. Those of us of a certain age grew up expecting that by now we would have the Jetsons’ robot maid, Rosie, simplifying our lives. Yet so far, all we have is the Roomba vacuum cleaner. We have waited so long and watched so much science fiction that our expectations are now very low.

But change is coming fast. Boston Dynamics’s BigDog robot, for instance, is at the forefront of a paradigm shift in transportation, logistics, and perhaps warfare. It can carry nearly 350 pounds over complex terrain, including ice and steep, snowy forest ridges. Harvard University’s Robert Wood is working on the other end of the design scale, building robots the size of flies. All manner of surveillance, transport, and communication are about to be altered permanently by the coming robot age. When this development is tied to miniaturized, terabyte-scale processing, the engineering and data-processing breakthroughs will be extraordinary. Before we know it, robots will be everywhere.

Robotics and materials design are already changing humans. In the 2008 Olympics, double-amputee sprinter Oscar Pistorius attempted to compete against the “able-bodied.” Running on a pair of artificial legs made of carbon fiber, he missed the cutoff time by just under a second. One of Pistorius’s successors is going to qualify next time. Two or three Olympics after that, the “disabled” may well be unbeatable. And the materials and robotics revolution is coming together with brain mapping, imaging, and control. Already, artificial arms can be controlled with no muscle input, just brain commands.

The possibilities go way beyond limbs. Our hard-of-hearing grandparents used big megaphones; our parents had big boxes, above the ears, that would whistle at odd times. Now we use barely visible miniature earbuds, and cochlear implants provide the deaf with at least some sense of sound. In a few years, as machines continue to double in power and halve in cost, they will hear normally. Two or three years after that, they will do many things we cannot: focus hearing, increase or decrease sensitivity, and hear sounds that dogs, bats, or whales can hear.

The same is happening with eyes. Implants may soon allow the blind to begin to see light and dark, and eventually shapes, colors, and details. Implanted eyes may someday be able to focus, see ultraviolet or infrared light, and record and transfer images externally.

As innovators begin to read, reproduce, and program life, they will change almost every industry across the globe. Already, a majority of the grain we consume is genetically modified, and clothes, medicines, plastics, cars, fuels, and information companies use life-science technologies. Disposable food containers at Wal-Mart are made of biodegradable plastic grown in plants. Companies as diverse as L’Oréal, Procter & Gamble, Kaiser Permanente, and Intel are betting part of their future on life sciences. DuPont has invested more than $100 million in a fermentation plant that helps grow your breathable, water-repellent jogging suit from bacteria. Toyota’s life-sciences division is making car parts from plastics grown in plants. Google’s mapping software helps display and navigate bacterial genomes, and the company is backing a Harvard scientist in decoding the genomes of 100,000 people.

Over the past few decades, the ability to code digits created an unprecedented burst of wealth, a large-scale restructuring of industries, and the rapid rise of once poor countries (Ireland, Singapore, South Korea, Taiwan, and some regions of India come to mind). Something similar is occurring in life-literate countries. What began in the mid-1990s as an obscure subspecialty related to pharmaceuticals has become a key component of national development plans. Brazil leads the world in biofuels production thanks to life-science programs launched decades ago. South Korea invests in cloning and tissue engineering. Costa Rica is bridging medicine, ecotourism, and biomanufacturing. The next Bangalores will likely be powered by the life sciences.

Life code and other applied technologies such as robotics are perhaps the most powerful levers humans have ever had. The ability to adopt and adapt to these technologies will eventually determine who gets, or remains, powerful and rich on an individual, national, and regional scale. It is the basis for the next Ford, Intel, Microsoft, and Google. Boston, San Diego, Rockville, and Silicon Valley, not to mention Beijing, Singapore, and Seoul, are continuing to invest in life-science stocks, which are outperforming stocks in other industries.

But even the rise and fall of nations and regions may be relatively small compared with the eventual scale of the change. By beginning to read and write life code, we are gradually becoming a different species; we are moving from Homo sapiens into Homo evolutis, a human being that deliberately engineers its own evolution and that of other species. And that is the ultimate tsunami.

BY- Juan Enriquez, author of As the Future Catches You, is managing director of Excel Medical Ventures, a venture capital company that invests in life-science technologies, and a cofounder and shareholder of Synthetic Genomics.
Posted by kuldeep singh chauhan at 09:32