Indian Conspiracy to destroy pakistan through export of BeetleNut!! REALLY ;-) 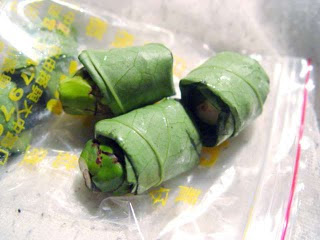 India appears to have finally cracked the code on how to completely cripple Pakistan.

India has evolved a master plan to cause severe damage to Pakistan economy under the garb of talks and assigned an important target to its intelligence agency RAW to provide over one trillion rupees to anti Pakistan Taliban through Afghan transit.

Well placed sources told Online Saturday that Indian intelligence agency RAW has started providing financial assistance to Taliban through alcohol and beetle nut (chalia) under Afghan trade to use them to serve its nefarious designs while they were earlier being assisted through drug trafficking.

Sources told RAW at present was supplying over two hundreds containers of alcohol and beetle nut illegally to anti Pakistan Taliban every month in the name of different companies through Afghan transit. This way billion of rupees are being distributed among Taliban so that on one side Pakistan economy could be undermined and on the other side Afghan Taliban could be strengthened financially in order to use them for fulfillment of its vicious designs.

Sources further told during the recent visit of foreign secretary Suleman Bashir to India and Afghan president Hamid Karzai both India and Afghanistan demanded of Pakistan to allow them transit trade through Wahga border. While the security agencies were of the opinion if transit trade was allowed through Wahga border to Afghanistan and India, this will deliver a serious blow to Pakistan economy.

On the condition of anonymity, a senior officer of Custom Intelligence confirmed to Online Bhattia traders, M.H International, Troob well traders and other companies were supplying containers of alcohol and beetle nut in large number to Afghanistan while Afghan people neither use beetle nut nor drink alcohol, therefore he was much concerned over export of beetle nut and alcohol in such huge quantity to Afghanistan by Indian companies. "I am helpless to take any action in this regard due to pressure of some influential figures", he added.

The Customs Intelligence Officer further told that top figures of customs, NLC and Saif transporters were involved in illegal supply of these containers. These containers were handed over to Taliban near Pak-Afghan borders instead of transporting them to Afghanistan, he pointed out. Online tried to contact FBR chairman on many occasions to ascertain his stance as to what extent Pakistan was suffering financial loss due to illegal trade of containers and non payment of taxes but it could not contact him.
Posted by kuldeep singh chauhan at 02:25