Pakistan - The State Of The Union 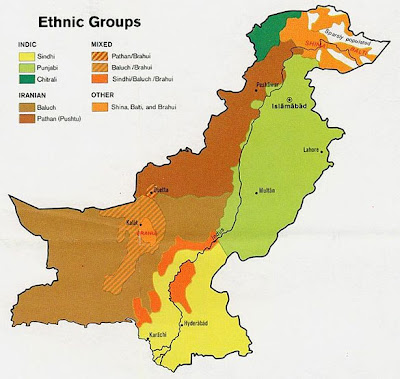 The United States should support the implementation of the provincial autonomy provisions of the 1973 Constitution to reduce the dangerous growth of ethnic tensions that threaten Pakistan’s survival, and should condition future aid on action to disarm Lashkar-e-Taiba to prevent a new attack on India, recommended Selig Harrison, director of the Asia program at the Center for International Policy. In a session moderated by George Perkovich, Harrison discussed his latest report, “Pakistan: The State of the Union,” which highlights the dangers of ethnic tensions in Pakistan.

Harrison explained that Pakistan is an artificial political entity which consists of four ethnic groups—Punjabis, Pashtuns, Baluch, and Sindhis—that have historically never co-existed in the same body politic. Punjabis, with 45 percent of the population, dominate the Army and the state, and treat the minorities, collectively constituting 33 percent of the population, as pariahs, even though the minorities regard 72 percent of Pakistan territory as their ancestral homelands.


All of the minorities oppose Punjabi domination, and the Baluch have waged a non-stop insurgency since their forcible incorporation into Pakistan. The Pashtuns have been radicalized and many driven into the arms of Al Qaeda and the Taliban by the civilian casualties resulting from U.S. drone aircraft attacks.

Accommodate the Baluch, Return to the 1973 Constitution

The Baluch insurgency is fueled by Punjabi economic exploitation of Baluchistan. Forcibly incorporated into Pakistan by the Army in 1958, Baluchistan has never received a fair proportion of the revenues generated by its gas supply to other parts of the country. These tensions have created political instability:

• The Pakistani Army and the ISI have tried to divide the Baluch by buying them off, assassinating their leaders and incarcerating 900 Baluchi and Sindhi activists without access to lawyers or courts.

• The Baluch have begun to form alliances with the Sindhis to pursue the goal of a sovereign Baluch-Sindhi federation stretching from India to Iran. This goal is not likely to be achieved unless Lashkar-e-Taiba stages another attack on India, a new India-Pakistan war erupts, and India abandons its present policy of supporting a stable Pakistan and adopts a new policy of support for separatist policies there.

• Although Pakistan has accused India of supplying arms to the Baluch for years, these accusations are not credible because Baluch insurgent groups use ineffectual small arms. However, India could easily supply large-scale sophisticated weaponry and funds. Even without Indian assistance, the insurgents’ paramilitary capabilities are likely to increase in the future.

• Pakistan needs to implement the 1973 constitution and devolve power to the provinces to prevent the Baluch insurgency from derailing its economic development.

Prevent the Merger of Taliban and Pashtun Nationalism

Harrison pointed out that only 50.5 percent of the Pashtun electorate had voted to become part of Pakistan in 1947, in a referendum which did not provide the option of an independent “Pashtunistan” proposed by the elected Pashtun leadership of the Northwest Frontier Province. Post-1947, Pakistan’s right to rule over Pashtun areas has been challenged by all the regimes in Afghanistan, including the Pakistan-supported Taliban. Pashtun resentment against Pakistan has only grown in the last few years:

• The sense of Pashtun victimization at the hands of outside forces resulting from the drone attacks has allowed the Taliban to pose as a champion of both Pashtun nationalism and Islam.

• If the merging of Pashtun nationalism and Taliban is to be reversed, the United States must stop drone attacks and focus on encouraging local peace deals. It must also support the political goals of the FATA Pashtuns, who do not want to be ruled by the Punjabi dominated central government, and push for the integration of Punjab FATA and NWFP.

• The United States should encourage the creation within Pakistan of “Pakhtunkhwa,” a unified Pashtun province which would bring together FATA, NWFP and the Pashtun areas of Punjab and Baluchistan. Such support for the Pashtun desire to be politically united would improve the psychological climate necessary for Pashtun cooperation in the campaign against al Qaeda.

Harrison concluded by outlining immediate steps that the U.S. should take to reduce ethnic tensions in Pakistan and to focus its attention on Punjabi Islamist groups.

• Implement the provincial autonomy provisions of the 1973 Constitution.

• Reduce military aid for Pakistan substantially because it is used mainly on the India front, not the Afghan border, and the Army is the main obstacle blocking the constitutional reforms necessary to stabilize the federation.

In the Q&A session, Harrison argued that the Al-Qaeda threat should be managed by covert operations rather than drone strikes, in order to minimize civilian casualties and radicalization of the Pashtuns.