Cowering before a Sunflower Seed: Why China is not a great power 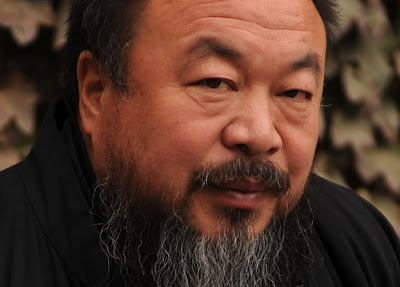 here are many measures of a nation's power. Almost all are deeply flawed. The U.S. Commerce Department team that originally devised the concept of gross domestic product warned it should not be used as a measure of a nation's true economic health because it was too limited and left too many factors out. Defense spending only partially captures a nation's military capabilities because other factors -- like the political will to use force -- are so crucial to the equation. Resources are good to have but can be a curse if a nation grows too complacent about other aspects of their development because of them. Great populations are a potential source of fantastic power if the people are educated and well-employed and share the goals of the government but as we regularly see, that is often not the case.

But one unfailingly good indicator of a nation's real strength is the nature of the enemies or adversaries it fears. Truly great powers do not fear small threats or, if they come to, they diminish themselves and lift up the small. The United States has illustrated this phenomenon well as it reorganized its entire national security apparatus to respond to the threat of hundreds or perhaps a few thousands of largely disorganized terrorists of limited capabilities, extreme views, and little geopolitical traction.

But however egregious America's over-reaction to the terrorist threat was and however grotesquely it led to the perversion of our values and the undermining of our international standing, it seems positively rational and even ennobling compared to the degree to which China cowers in the presence of old men, artists, religious sects, and even words. In this, China joins the ranks of other seemingly "great" powers from Nazi Germany to Soviet Russia that signaled their fundamental weakness even as they bulked up their armies and posed and postured on the world stage. Great states and great men do not fear the little guy so much that they demonize him, outlaw the expression of his views, or throw him in prison.

Yet that is just what is happening again in China as the whiff of jasmine from the Middle East wafts through its society. The Chinese were so afraid of words like "demonstration" and "protest" and even "jasmine" that they monitored and censored them on the web. They turned out police at the first signs of unrest. And they have rounded up dissidents.

Among those arrested now is avant-garde artist Ai Weiwei. Apparently the government of the world's most populous country, the world's second biggest economy, the country that spends more on defense than all others but one, is afraid of a man who perhaps best known for an installation at the Tate Gallery in London consisting of a million hand-painted porcelain sunflower seeds. He is a prolific artist and communicator and has become a thorn in the side of the Chinese regime even after he was one of the designers behind the famous "bird's nest" stadium that became a symbol of the country during the Beijing Olympics. But he is also just one man, just an artist. Just as jailed Nobel laureate Liu Xiabao is just one man.

Outgoing U.S. Ambassador to China and likely Republican presidential contender Jon Huntsman saluted both men in an address in Beijing on Wednesday stating that they, "challenge the Chinese government to serve the public in all cases and at all times." That is the kind of challenge any government should relish. It is why governments exist. And for the leaders in Bejing to shrink and wince and draw back in the presence of these individuals and their ideas sends a clear message.

Beijing is afraid. They clearly recognize something that most observers in the world downplay. While Japan may be threatened by the fault lines on which the island is build, China is built on a volcano. Social unrest seethes just beneath the surface with hundreds of millions of unemployed, underemployed and otherwise disenfranchised people -- many very well educated and attuned to the opportunities they would have elsewhere in the world -- posing a constant threat to the current government, once revolutionary, now just another ancien regime clinging to power.

They are afraid of Ai because they know they are smaller than his ideas, smaller than all those sunflower seeds, all appearing small, all full of huge potential, straining at their shells and waiting for nature to take its course. China is big and home to a great culture. But through its fears and who it fears it reveals itself to still be a long way from being anything like a great power.
Posted by kuldeep singh chauhan at 04:51