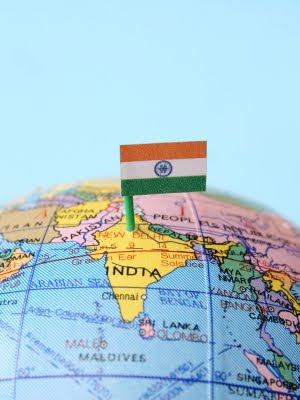 The new global power lineup for 2010 also predicted that New Delhi's clout in the world will further rise by 2025, according to "Global Governance 2025" jointly issued by the National Intelligence Council (NIC) of the US and the European Union's Institute for Security Studies (EUISS).

Using the insights of a host of experts from Brazil, Russia, India and China, among others, and fictionalised scenarios, the report illustrates what could happen over the next 25 years in terms of global governance.

In 2010, the US tops the list of powerful countries/regions, accounting for nearly 22 percent of the global power.

The US is followed by China with European Union at 16 percent and India at eight percent. India is followed by Japan, Russia and Brazil with less than five percent each.

“The new global power line-up for 2010 also predicted that New Delhi's clout in the world will further rise by 2025,” as per ‘Global Governance 2025,' jointly issued by the National Intelligence Council (NIC) of the U.S. and the European Union's Institute for Security Studies (EUISS).

The report — quoting the views of a host of experts from Brazil, Russia, India and China and depicting fictionalised scenarios — points to what could happen over the next 25 years in terms of global governance.

Out of the five criteria, maximum weightage was given to defence capabilities at 30%. Economic strength, technology and effective population had weightage of 20% each. Energy security had the remaining 10%.Only US, China and Russia are ranked higher than India in defence capability, while in effective population China and United States were ahead. In economic strength, US, Japan, China, Germany, United Kingdom and France score more than India.

But an "International Futures model" measuring GDP, defense, spending, population and technology for individual states projects the relative political and economic clout of many countries will shift by 2025. The power of the US, EU, Japan and Russia would decline while that of China, India and Brazil would increase, even though there would be no change in the power list.

The 82-page report is the product of research and analysis by the NIC and EUISS following a series of international dialogues co-organized by the Atlantic Council, TPN, and other partner organizations in Beijing, Tokyo, Dubai, New Delhi, Pretoria, Sao Paulo & Brasilia, Moscow, and Paris with unnamed officials and strategic experts.

The report shows growing concern among Indian officials and analysts about China as they worry about an ''absence of an internal equilibrium in Asia to ensure stability.'' India, they concede, is not well positioned to help develop regional institutions for Asia given China's preponderant role in the region.

As a result, the report says, India is primarily interested in transforming global governance institutions. ''The Indians thought existing international organizations are 'grossly inadequate' to deal with mounting challenges...Many hoped the United States would continue to be very much part of the Asian region as a political, economic, and military power,'' the report observes.

It also cites some Indian experts fearing that a system developed by the West, which includes democracy and rule of law, would suffer as the East (read China) becomes more powerful. ''It would be a pity if the West does not hang together to influence the future,'' an Indian interlocutor is quoted as saying.