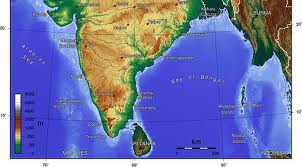 India has successfully completed the phase-1 of its ambitious plan to have a gap-free coastal surveillance network (CSN) with the installation of 36-radar chain.

The completion of the phase-I of the project on the Indian mainland took place when Minister of State for Defence Jitendra Singh inaugurated the static sensor chain at Visakhapatnam on November 23.

India has already installed a chain of 36 radars along the Maharashtra, Gujarat and Kerala coast in the phase-1 of the CSN on the mainland. Under the Phase-1 alone, another 10 radars are to be installed in the island territories of Andaman and Nicobar and the Laskhadweep and Minicoy by mid-2013.

"The minister of state for defence has inaugurated the chain of static sensor at Visakhapatnam on November 23. The chain of radars will provide real time surveillance cover up to 25 nautical miles along the eastern coastline of India," a Defence Ministry official told defencenow.com

The CSN was envisaged post-26/11 terrorist attacks in Mumbai in 2008 following an emergent need to strengthen coastal security was recognized by the government and on recommendation made by a group of ministers.

The Indian Coast Guard was delegated to implement the project.

Gujarat, Maharashtra and Kerala clusters of the network was inaugurated on August 25 and September 15 respectively.

"With the inauguration of eastern clusters at Visakhapatnam, the phase-I of implementation CSN at mainland is completed," the official said.

In the phase-2 of CSN, India will have another 38 radars chain to cover the rest of the 7,500-km long coastline.

The government had signed the contract with the state-owned Bharat Electronics Limited (BEL) in September 2011 at a cost of Rs.602 crore ($108.5 million) considering the strategic nature of the turnkey project and with an aim to develop indigenous capabilities in the field.

Linking up of the National Automatic Identification System Network (AIS) and Vessel Traffic System (VTS) of Gulf of Khambat with the Coastal Security Network would help the security forces in identifying a friend or foe in the Indian waters.
Posted by kuldeep singh chauhan at 03:51