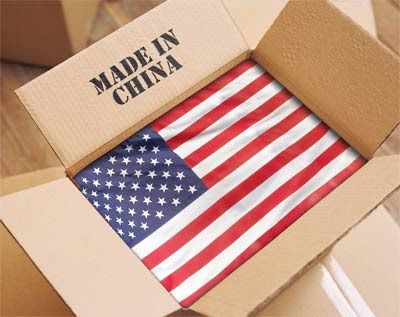 Given the obsessive interest in China and everything Chinese in mainstream Indian public opinion, it is surprising the recent explicit ‘Buy Chinese’ clause of the Chinese government has not got much coverage in the Indian media.

In a lead story in the London Financial Times last Wednesday, the paper says a notification issued jointly by nine government departments, mandates that all government procurement will henceforth be restricted to Chinese products or services unless they are not available within the country or cannot be bought on reasonable commercial or legal terms.

Ironically China was one of the first countries to protest against the ‘Buy American clause’. Even more ironically, unlike the US that has a huge (though shrinking) balance of trade deficit, China has a trade surplus of euro 170 billion that needs to be pruned. It should be encouraging rather than discouraging imports. Indeed this trade surplus is part of the global imbalance that needs to be addressed if we are not to see a repeat of the on-going crisis (it is argued the resultant dollar earnings invested in US treasury bills contributed to keeping US interest rates low, encouraging both a borrowing binge and an asset bubble).

Clearly, the Chinese government is more concerned about domestic job losses than about shrinking its trade balance. While its anxiety is understandable from a narrow nationalist perspective, it is exceedingly damaging for the global economy and for international trade flows. As the manufacturing hub for the world and one of the most export-oriented economies, China has the most to lose if more countries follow its lead and that of the US.

China was the single largest source of imports for India accounting for 10.3% of total imports during April- December 2008; the US accounts for only 5.9%. Yet the sound and fury that accompanied the announcement of the ‘Buy American’ clause is strangely missing in the context of the ‘Buy Chinese’ clause. We need to change that; we have a much more powerful lever, we import far more from China than from the US, and must not hesitate to use it (read retaliate if China presses ahead).
Posted by kuldeep singh chauhan at 08:56