Far from solving our problems, the Budget has compounded them 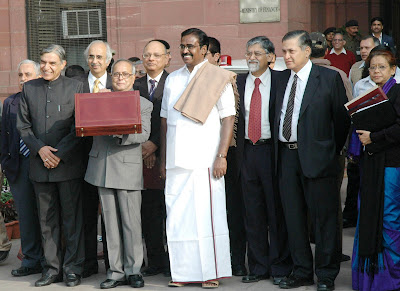 ‘A single Budget Speech cannot solve all our problems,’ intoned Finance Minister, Pranab Mukherjee sanctimoniously at the beginning of his speech earlier in the day. Sure! But it can compound our problems. And that is precisely what Budget 09-10 has done. It has compounded the country’s problems many times over by carrying populism to an extreme.

Under the guise of leading the economy back to 9% GDP growth it has given the go-by to any pretence of fiscal prudence. Consequently total expenditure is budgeted to cross Rs 10.20 lakh crore even as revenue lags far behind at Rs 6.14 lakh crore. What is surprising is that far from being apologetic about such runaway expenditure, close to 40% of which is to be financed by borrowing and other liabilities, the FM seems to think it is a feather in his cap.

Departing from his written text (a rare feat), he pointed that it is for the first time that expenditure is to breach the Rs 10 lakh, mark up from just Rs 193 crore in the first budget after independence. It would certainly have been a matter of pride if he’d been able to finance this expenditure out of higher revenues. Alas! The reality is quite different.

What makes matters worse is that in all probability the budget estimate of the fiscal deficit at 6.8% of GDP is likely to be an under-estimate. The reason is not only are oil and fertiliser subsidies treated as off-budget items and not included as part of expenditure, these have been estimated at just 10% of last year’s levels. Further no allocation has been made either for the Congress Party’s election manifesto promise of 25 kilos of rice or wheat per month at Rs 3 a kilo, or to meet the related expenditure. It’s the same story when it comes to obligations under the Unorganised Workers Social Security Bill. In all probability, therefore, we could be looking at a fiscal deficit of close to 9% for the centre alone.

Any wonder, then, that markets promptly tanked over 700 points and went on to end the day 870 points lower, the highest fall on any Budget day to date?
Posted by kuldeep singh chauhan at 08:43