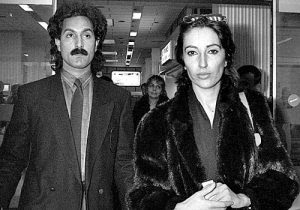 What are those notorious Swiss cases which the SC has asked the government to reopen in its judgment against NRO?

The decision of the Swiss judge who found Benazir Bhutto and Zardari guilty of corruption and receiving kickbacks in SGS Cotecna case led to six months suspended sentence. Both appealed against it and when this appeal was about to be finalised, Musharraf bailed the couple out through NRO and withdrew these Swiss cases, so the couple was saved from punishment, but this does not mean that they did not commit any corruption.

Our worthy news anchors should have a look at this material and question PPP stalwarts who shamelessly lie during talk shows to defend their masters. The Law Minister Babar Awan should also consider before telling the Supreme Court that there were no cases in the Swiss Court.

Benazir Bhutto and Asif Zardari were held guilty of money laundering by the Swiss Court.

Investigation Judge Daniel Devaud in Geneva sentenced them to a six-month suspended jail term, fined them $50,000 each and ordered they pay more than $2m to the Pakistani Government.

He said they had illegally deposited millions of dollars in accounts in Switzerland, and ordered the money be returned to Pakistan.

The case relates to a 1998 indictment in which Benazir Bhutto was accused of having access to money obtained through kickbacks and commissions from two Swiss companies with contracts with the then Pakistani Government.

An investigation found several numbered accounts in Switzerland in which more than $11m had been deposited.

Benazir Bhutto strongly denied having had access to the accounts.

The couple’s lawyer, Farooq Naek, at the time described the order as “illogical, unreasonable, inconsistent with law, based on malafide [bad faith] and … politically motivated.” He complained that the announcement had been made without notices having been served on either Benazir or Zardari.

Details emerged of how a £117,000 diamond necklace led to the Benazir Bhutto and Asif Zardari being convicted of money laundering by a Swiss court.

The pair were given suspended jail sentences of six months each and ordered to repay about £8m to the Pakistani government.

The Swiss investigating magistrate found that during her second term as PM she enriched herself or her husband with kickbacks from a government contract with two Swiss companies.

“There is no doubt that the behaviour of Benazir Bhutto and her husband is criminally reprehensible in Pakistan,” the magistrate, Daniel Devaud wrote in his sentencing order after the five-year investigation.

The order, a copy of which has been obtained by the Guardian, says that in 1995 the two companies, SGS and Cotecna, took up a contract for customs inspection of goods being imported into Pakistan.

The judge cited letters showing that 6% of the amount paid by the Pakistani government under the inspection contract would be paid as commission to companies registered in the British Virgin Islands.

The beneficial owner of Bomer Finance is Asif Ali Zardari, but in reality she shares the assets with him and has the power of disposition, the judge said.

The beneficial owner of Nassam Overseas is Nasir Hussain, who at the time was Ms Bhutto’s brother-in-law, he added.

Evidence of Ms Bhutto’s role in Bomer Finance emerged from a visit to London during which she bought a diamond necklace at a Knightsbridge jeweller’s.

The £117,000 bill was paid partly in cash and partly with money from Bomer Finance’s account.

It was the only withdrawal made from the company’s account before its assets were frozen at the request of the Pakistani authorities. The necklace was later found in a Swiss bank vault, and was also seized.

Under the judge’s ruling it must now be handed over to the Pakistani state.

Jeremy Carver, a lawyer who represented the Pakistani government five years ago in relation to Benazir, said that there were “at least half a dozen international cases at various stages in various pipelines, either in Pakistan, Switzerland or the United States”.

Benazir’s Rockwood estate at Brooke in Surrey, valued at £3.5m, is currently being sold by the Pakistani government.

She is believed to own four other properties in London.
Posted by kuldeep singh chauhan at 04:55