Why Shahram Amiri is hotter than Anna Chapman 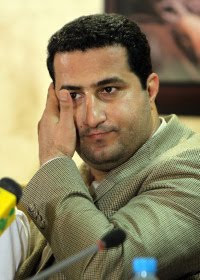 There is perhaps only one thing that remains clear in the international furor over the defection/kidnapping of the Iranian scientist Shahram Amiri: getting another country's nuclear scientist on the rolls is the greatest coup that a spy agency can achieve. It's certainly more valuable than implanting a photogenic "illegal" into another country, as Russia's cover operators did in America with their undercover spy, Anna Chapman.

But the excitement of the chase can quickly fade, leaving a generation of atomic defectors feeling a bit jilted as they struggle to make a life for themselves in their new country. "Freedom can be harsh," Charles Duelfer, who led the CIA inquiry into Iraq's weapons of mass destruction, told Turtle Bay. "The U.S. government's interest wanes pretty quickly once fully debriefed. Then what do you do? Can't work on the U.S. nuclear program. Write a book? Then what?"

As long as there have been nuclear programs, there have been nuclear spies. In 1942, before he created James Bond, Ian Flemming, then a 34-year-old commander in the Royal Navy's volunteer reserve, toiled away in a naval intelligence unit and devised and realized a plan to create an elite unit of intelligence commandos who would cross enemy lines to capture vital enemy secrets, according to Sean Longden's history of the squad, T-Force: The Forgotten Heroes of 1945. Under Gen. Dwight D. Eisenhower, the team uncovered many of Nazi Germany's nuclear secrets and captured prominent German nuclear scientists, including Willem Groth and Otto Hahn.

More than half a century after the dawn of the atomic era, nuclear scientists have maintained their staying power as a high-value intelligence target, garnering large sums for their country's nuclear secrets. American and European sleuths have aggressively pursued nuclear scientists in Iraq, Iran, Pakistan and beyond in an effort to ensure the safety of friendly countries' nuclear stockpiles or to unlock the key to an enemy's most treasured security secrets.

It remains unclear why Amiri decided to leave. A senior U.S. official told the Washington Post that Amiri possessed valuable insights into Iran's nuclear program and that he was paid $5 million to share them with American debriefers -- money he may no longer be able to access. But the official also suggested the U.S. had got what it needed: "We have his information, and the Iranians have him."

But U.S. specialists who have sought to help other nuclear defectors settle in the United States say the Amiri case highlights the challenges in recruiting foreign scientists. The CIA, they say, has often failed to provide the transplants with adequate career prospects or guarantees for the safety of relatives. Some U.S. officials said Amiri, who claims he was kidnapped by American authorities, may have returned because of concerns over the well-being of his family.

"This is a real problem," said David Albright, a nuclear scientist who heads the Institute for Science and International Security. Albright said that the CIA has provided top scientists that have outlived their usefulness with little support and menial careers. Perversely, he said, the approach has encouraged defectors to ply their handlers with exaggerated claims or to provide their services to the next highest bidder. The most notable case involved Rafid Ahmed Alwan, dubbed Curveball by the CIA, who claimed to have been a chemical engineer in a secret mobile biological weapons plant. His assertion, which provided a critical rationale for the U.S. invasion of Iraq, was later disproved by the CIA's Iraq Survey Group, which was led by Duelfer. "The incentive structure encourages these guys to exaggerate their technical qualifications and their knowledge of what's going on in a secret nuclear program," Albright said. "When they drain them dry, their value drops dramatically."

Khidhir Hamza, a former Iraqi nuclear scientist who defected to the United States in 1994, was considered a valuable catch, prompting the CIA to mount a secret operation to spirit his family out of the country, according to Albright. The following year, a more valuable defector, Saddam Hussein's brother in law, Hussein Kamal, fled Iraq for Jordan, providing detailed briefing of Iraq's weapons programs to CIA and U.N. specialists. The defection prompted Iraq to provide greater details about its chemical, biological, and nuclear programs; it also undercut Hamza's value, who was subsequently set up to operate a BP gas station in Fredericksburg, Va. A couple of years later, Hamza approached Albright for a job and helped provide insights into Iraq's nuclear program. But he was also drawn to the Iraqi exile Ahmad Chalabi, together with whom he played a role in exaggerating the threat of Iraq's nuclear program. "He went on to become their biggest nuclear exaggerator," he said.

The United States also assembled a series of task forces in Baghdad to search for high value nuclear operators. One CIA team quickly located Mahdi Obeidi, an Iraqi expert on nuclear centrifuges, who hid a trove of documents and centrifuge parts in his rose garden. The materials, which were buried in the early 1990s, provided a blue print of Iraq's nuclear program. Obeidi told the Americans that the materials had not been touched since then, and that he had ended his work in the nuclear weapons field.

Albright said that U.S. authorities initially offered to allow Obeidi to defect to the United States, but that he would have to leave his family behind. The CIA relented after CNN approached the CIA for comment on the scientist's predicament, according to Albright. "I can tell you it is very, very difficult to get the U.S. government to approve taking in someone," said Duelfer, who urged the White House to allow Obeidi to flee to the United States. "It always amazed me that it is so hard to get approval to bring in someone who may well have risked their life for us." The Russian illegals, he noted, had little trouble getting U.S. residency. "But that's the way it is," Albright says.

Duelfer said the United States "is a difficult place to adjust, especially if you come from circumstances of prestige and assured income...you can do what you want, but you may go broke." Returning home, he said, is not so unusual. Hussein Kamal was lured back to Iraq, where Saddam Hussein had him executed for his treachery. Mordechai Vanunu, an Israeli nuclear technician, was drugged and abducted by Mossad agents in 1986, after telling British reporters about the existence of an Israeli plutonium separation plant. Vitaly Yurchenko, a KGB colonel who defected in 1985, walked away from his CIA handler in Georgetown after being spurned by his mistress, who told him she fell in love with a KGB officer, not a traitor. Like Amiri, Yurchenko told the press he had been kidnapped and tortured.

"We could do better," said Duelfer. "Still, there are reasons we do it badly." He cited the massive costs, political and bureaucratic constraints, and "every imaginable weirdness you can think of from multiple wives and girlfriends to illness and criminal backgrounds."
Posted by kuldeep singh chauhan at 23:30