Who Tried to Kill Fang Xuanchang? 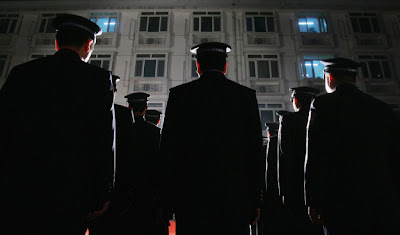 A chilling attack on a controversial science journalist in Beijing bodes poorly for scientific progress.

On the evening of June 24, Fang Xuanchang, a 37-year-old science and technology editor at China's Caijing magazine, finished work around 10 p.m. and began his walk home. Half an hour later he was nearing his apartment by Beijing's third ring road when he felt a sudden blow to his back. Fang turned to see two large men behind him brandishing steel bars.

Fang tried to run away and then shield himself as the men, ignoring his attempts to communicate with them, struck him repeatedly across his back and head. Brawny and adept in martial arts, Fang not only remained conscious, but also managed to fight back. Finally, as Fang stumbled toward a taxi, his clothes soaked in blood, the attackers left the scene.

Later that night at Beijing's Navy General Hospital, doctors sutured a 2-inch gash on the back of his head. His assailants behaved like professionals, carrying out the brutal ambush in about four minutes and showing little concern about passersby witnessing the attack. "Their goal was clear,It was to kill me on the spot, or stop me from reaching the hospital in time so that I would bleed to death."

Why would someone try to kill Fang Xuanchang? No one knows, or even seems to care. The attackers remain at large, despite an ongoing police investigation and Caijing's best efforts to cooperate with the police and involve the All-China Journalists Association. The attack was covered in brief in Beijing-based newspapers, including a brief editorial in a state-run newspaper arguing that journalists shouldn't be attacked. But no one in the Chinese media has gotten into the question of who would attack Fang -- and more importantly, why exactly Fang might have been attacked.

For Fang's colleagues, however, the message is clear: Reporting on controversial topics, as Fang has done, is unsafe. Journalists who are abused don't necessarily find out who has attacked them or why, but the message sent to their friends and colleagues is clear: Don't go there, or you could be next. It has a chilling effect on a wide circle of people. In the case of science journalism, the financial and political stakes are increasingly high, and the personal risks might be increasingly high as well.

Fang is one of the leading figures among China's scientific muckrakers -- a scourge of academic and government-sponsored pseudoscience and a critic of public and private quackery. For more than 10 years as a journalist, editor, and blogger on the influential (although frequently blocked) Chinese watchdog website New Threads, Fang has taken on academics listing faked awards and publishing plagiarized papers; hawkers of herbal cancer "cures," such as Wang Zhenguo, peddler of the Tian Xian herbal cancer treatment; and Chinese scientists who claim to predict earthquakes, among other targets. But paranoia and anger, even violence, mark some recent responses to Fang's work.

Several weeks ago Fang, previously science editor at China Newsweek (unrelated to the U.S. magazine Newsweek), appeared alongside a fellow rationalist, the biochemist-turned-columnist Fang Shimin (no relation, better known by his pen name Fang Zhouzi), on a Shenzhen TV debate about earthquake forecasting -- a largely discredited practice that remains an article of faith for many Chinese scientists and officials. One speaker, an official from China's national earthquake administration, a significant bureau under the State Council, spoke positively about parrots that can predict temblors and the paranormal abilities of a man who claimed he heard ringing in his ears before the quake in Yushu, in northwest China, in April. One guest on the show, Ren Zhenqiu of the Chinese Academy of Meteorological Sciences, accused the science activists of accepting U.S. money to stifle Chinese innovation. Fang Shimin claimed on his blog that after the recording, Ren Zhenqiu called him a "big Chinese traitor" and threw a punch at him.

And this is not the full extent of the threats against Fang Shimin. On July 2, Fang said on his Sina microblog that he had received a threatening phone call. "Be careful in the next few days," the voice said. "Someone is going to fix you."

Scientific ideas have a complex life in China. Today an important government slogan is the "scientific view of development," yet academic fraud is widespread. In January, the scientific journal Acta Crystallographica Section E, a peer-reviewed international journal based in Britain, announced the wholesale retraction of more than 70 papers by Chinese scientists who had falsified data. Three months later, the same publication announced the removal of another 39 articles "as a result of problems with the data sets or incorrect atom assignments." According to New Threads, 37 of these were entirely produced at Chinese universities. One Chinese-government study cited by Nature found that about one-third of more than 6,000 scientists surveyed at six top Chinese institutions said they had practiced "plagiarism, falsification or fabrication."

Critics have blamed the pressure to produce fraudulent papers on unrealistic publication targets set by bureaucrats. But for Fang Xuanchang, the problem goes deeper still, as he told me when we met in May. It represents a slide backward from the scientific spirit of the anti-imperialist May 4th Movement -- the early 20th-century uprising that championed democracy, critical thought, and innovation. Speaking after the attack, Fang described himself and his colleagues as "quixotic." "Not many people understand the work we are doing," he said. "Most Chinese people's attitudes to science are superstitious and fearful." Things might be even worse at the elite level, he said, where science is encouraged in the abstract, without a grasp of the scientific method. Regarding scientific and critical thinking, Fang added, "Chinese people need a new enlightenment."

Such issues are not only of parochial concern: Renewing China's oft-cited historical reputation for scientific innovation is a matter of urgency for the world. Last month a report from Britain's National Endowment for Science, Technology and the Arts suggested that as China enters a new phase of economic and geopolitical might, the country's potential to roll out new, low-carbon technologies becomes an increasingly important factor in global efforts to address climate change.