Wal-Mart Begins “Mark Of The Beast” Age For World 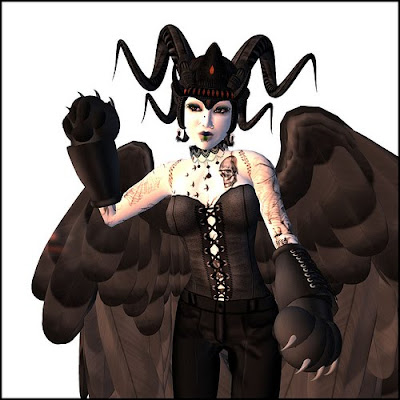 By: Sorcha Faal, and as reported to her Western Subscribers


Reports being prepared for Patriarch Kirill are apparently showing that the American based Global retail giant, and World’s largest corporation, Wal-Mart has begun ushering in what Russian Church scholars have long stated would be the “Mark of the Beast” age prophesized to come about prior to ending of our present modern day one.

According to the ancient prophecies the “Mark of the Beast” is a combination of letters and symbols that will be physically and permanently placed on the forehead or right hand of people Most people will consider it an honor to receive the mark as it will open doors of acceptance, prosperity and peace, or so they will be told.

The sole prophetic reference to the “Mark of the Beast” is contained in the Christian faiths New Testament Bible’s Book of the Revelation of John which in Chapter 13, Verses 16-18 states:

“And he causeth all, both small and great, rich and poor, free and bond, to receive a mark in their right hand, or in their foreheads: And that no man might buy or sell, save he that had the mark, or the name of the beast, or the number of his name. Here is wisdom. Let him that hath understanding count the number of the beast: for it is the number of a man; and his number is Six hundred threescore and six.”

The Book of the Revelation of John is the last in the collection of documents which constitute the New Testament (the second of the two major divisions of the Christian Bible). It is also known as Revelation, the Book of Revelation, the Apocalypse of John, and the Apocalypse. These titles come from the Greek,apokalypsis, meaning revelation, which is the first word of the book.

The word apocalypse is also used for other works of a similar nature, and the style of literature (genre) is known as apocalyptic literature. Such literature is marked by distinctive literary features, particularly prediction of future events and accounts of visionary experiences or journeys to heaven, often involving vivid symbolism. The Book of Revelation is the only apocalyptic document in the New Testament canon, though there are short apocalyptic passages in various places in the Gospels and the Epistles.

Revelation brings together the Worlds of Heaven, Earth, and hell in a final confrontation between the forces of good and evil. Its characters and images are both real and symbolic, spiritual and material, and it is frequently difficult to know which is which. Revelation's cryptic nature has ensured that it would always be a source of controversy. Nevertheless, it has not only endured, but captured the imagination of generations of Bible students, both professionals and laypeople alike.

The author, named John, has traditionally been identified with John the Apostle, to whom the Gospel of John is also attributed. Most scholars think that Revelation was written near the end of the 1st Century.

Russian Church Leaders have long identified both the United States and the European Union as being the places where the “Mark of the Beast” age would originate as these Nations have for the past nearly 4 decades engaged in the systematic eradication of all Christian knowledge from their societies with many of them adopting laws banning the teaching of the religion in their schools and forbidding their students to have Bibles in their possession.

These reports state that the eradication of all ancient religious knowledge, especially the prophecies, was a vital prerequisite to the “Mark of the Beast” age coming about because it could not be accomplished without the ascendancy of the many technological “wonders” our World now has, but which if their true purpose was known would see a rebellion amongst Christian believers against their use.

Popular American and European pop culture, these reports continue, have also co-opted the ancient prophetic warnings of the “Mark of the Beast” age to such an extent that hundreds of millions of unlearned people identify the word Armageddon with the asteroid disaster movie bearing its name, rather than its true meaning as the epic “end of World” battle this age will usher in.

To the specific actions being taken by Wal-Mart that are raising these fears was their recent announcement that they will begin putting what are called Radio Frequency Identification (RFID) computer tags into certain items of clothing beginning August 1, 2010, a move that Katherine Albrecht, director of a US group called Consumers Against Supermarket Privacy Invasion and Numbering (CASPIAN), says “is a first piece of a very large and very frightening tracking system”.

To understand Albrecht’s fears of this “very large and very frightening tracking system” Wal-Mart’s actions are ushering in, one must first understand what these RFID computer chips are.

Radio Frequency Identification (RFID) is the use of an object (typically referred to as an RFID tag) applied to or incorporated into a product, animal, or person for the purpose of identification and tracking using radio waves. Some tags can be read from several meters away and beyond the line of sight of the reader.

Most RFID tags contain at least two parts. One is an integrated circuit for storing and processing information, modulating and demodulating a radio-frequency (RF) signal, and other specialized functions. The second is an antenna for receiving and transmitting the signal.

Important to note about RFID tags is how tiny they can be made, and even though Wal-Mart is stating that they are “removable”, one wonders how a buyer of their merchandise can find them, especially with the knowledge that they can be made as small as “dust” sized chips powerful enough to store 38-digit numbers using 128-bit Read Only Memory (ROM).

What’s also important to understand about Wal-Mart’s actions is that as the World’s largest buyer of merchandise and consumer goods it will force all of its suppliers to install RFID tags into all of their products, and which means that these manufactures will have to incorporate the placement of these RFID tags into their manufacturing process regardless who the end buyer will be. (For example: A major International manufacturer of jeans is not going to have two separate facilities making this clothing, one for Wal-Mart putting in these RFID tags, the other not putting them in for everyone else they sell to.)

To fully understand the true scope and power of these RFID tags one must also understand that Wal-Mart’s decision to start incorporating them into their merchandise (coincidentally?) in 2010 also coincides with the estimate that this is the same year that all cell phones sold in the US will have RFID technology in them too and enabling products to be tracked from their point of sale to anywhere they are within communication range of a cell phone, or cell phone like device, including laptop computers, e-book readers and iPods®, to just name a few.

Merchandise sold by Wal-Mart, or for that matter any other retailer, are not the only things being implanted with RFID chips, either, as over the past decade the United States National Animal Identification System (NAIS), the European Unions Trade Control and Expert System (TRACES) and Australia’s National Livestock Identification System (NLIS) have implemented programmes to ensure that all farm animals in their countries are computer tagged and controlled.

All that is left now, these reports continue, to fully usher in the “Mark of the Beast” age is the implanting into human beings these same RFID tags being put into farm animals which will enable those governments doing so to track every aspect of their citizens lives, to include:

An obese person attempting to purchase a fatty type food would have their purchase denied based on RFID communication between the food they are attempting to buy and what is mandated on their RFID tag enabled electronic medical records.

A person owing an outstanding balance on their mortgage or credit card would have all other purchases denied based on the RFID communication between that persons banks and credit bureaus.

A person attempting to purchase guns or ammunition would have it denied based on the RFID communication between that person and their criminal record.

Though these are but a few of the things being envisioned by the elite classes for their RFID tagged citizens it must also be mentioned that there are “greater good” aspects to the “Mark of the Beast” age too, and which include:

The immediate tracking of RFID tag implanted children who go missing or are abducted.

The immediate availability of a RFID tag implanted person’s entire medical history in the event of an emergency.

A virtual end to nearly all types of theft and other crimes as RFID tagged people are immediately traceable by law enforcement personnel.

To how soon this “Mark of the Beast” age will begin we can, perhaps, glimpse from a recent report in the Washington Post that shows that the United States has become a virtual police state with fully 1,271 of its government organizations and 1,931 of its private companies, both employing over 850,000, are engaged in intelligence activities solely designed to track and control nearly every aspect of their citizens lives.

To the greatest moral issue facing people relating to the soon coming “Mark of the Beast” age these reports warn [though this is an issue still being strongly debated within the Russian Church] that merely by one accepting into their lives any form of it means they are accepting it all.

Now to if by ones mere purchasing, or using of merchandise containing “Mark of the Beast” technology will condemn them many are perplexed due to the many good aspects they provide to modern humanity. Many of our World’s oldest religious communities however, including the Amish people living in the United States, believe the safest course of action has is to keep from their lives all “Mark of the Beast” technology so as not to even give the appearance of acceptance.

To the safest course of action to be taken, and as we see it, one must decide for themselves, and should do so sooner rather than later because, like it or not, the age of the “Mark of the Beast” is upon us all.
Posted by kuldeep singh chauhan at 03:08