Will There Be an Indian Harvard? 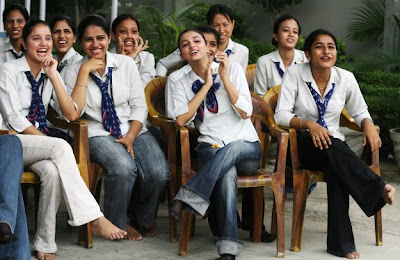 India is currently confronting a dilemma that threatens to stop the country's impressive economic expansion in its tracks: an acute shortage of trained manpower. To provide the country with a much-needed injection of skilled engineers and managers, India's leaders have embarked on an ambitious effort to encourage foreign higher educational institutions to open campuses on their soil.

Prime Minister Manmohan Singh's government has proposed legislation, which the Indian Parliament is expected to enact into law, paving the way for foreign universities to set up branches in India. They will have a vast pool of aspirants to choose from: 88 out of every 100 Indian students who graduate from high school don't go on to higher education. And though this number is projected to fall to 70 out of 100 by 2020, that will still leave large numbers of Indians out of higher education.

But India's higher education crisis is one of quality, not quantity. According to government statistics, India boasts 22,480 colleges and universities, which churn out nearly 500,000 technical and science graduates every year. But smothering government control, lack of infrastructure, and a shortage of highly trained faculty often produce graduates who lack the skills needed to join the workforce.

Indian industrialists routinely complain about the quality of the recruits. According to India's National Association of Software and Service Companies, only 10 to 15 percent of college graduates, and 25 percent of graduates from technical institutes, are suitable for employment in the outsourcing industry. "We are often disappointed with some of our fresh engineering recruits," says Debasri Ghosh, CEO of the Kolkata-based Unit Construction Company. "We have found them sometimes totally clueless about practical challenges on construction sites."

The government is pinning its hopes on the new law to enhance the quality of Indian higher education by exposing local institutions to competition and thereby encouraging higher standards. It also aims to entice many of the nearly 160,000 Indian students who leave every year for colleges and universities abroad -- mainly in North America, Britain, or Australia -- to stay in the country. These students withdraw nearly $7.5 billion in foreign currency reserves out of India annually -- money the country desperately needs. By convincing some of these students to attend university closer to home, the government also hopes to keep a large chunk of these funds in India.

India's business leaders are hoping foreign universities will train the country's best and brightest to the professional standards India needs to fuel its economic growth. For example, according to the Rehabilitation Council of India, the country needs to train around 20,000 clinical psychologists every year to cope with the growing number of patients. According to L. Manickam, honorary general secretary of the Indian Association of Clinical Psychologists, India is currently producing only 100 trained clinical psychologists annually.

India has seen the number of students enrolled in higher education grow by approximately 9 percent a year, and many think that the entry of foreign universities could play a role in meeting this growing demand. India's academic and industrial leaders have been cautiously enthusiastic about the move. A number of foreign institutions have also exhibited interest, and some have even gone so far as to purchase real estate. Georgia Tech and Canada's Schulich School of Business, for example, have already partnered with Indian investors and purchased huge tracts of land.

However, the world's premier universities -- such as Harvard and Yale, or Oxford and Cambridge -- are in no hurry to start dishing out degrees in India. India's educators don't expect that to change, at least in the short term. "You cannot transplant or import great educational institutions. They should grow at home," says Yash Pal, a former chairman of the University Grants Commission (UGC), which will process and regulate the foreign entrants.

Many universities are still studying the provisions of the proposed legislation, and they might find details that dampen their enthusiasm. For example, the proposed law stipulates that any foreign institution hoping to operate in India must make a payment of $12 million into a UGC fund as a sort of application fee. Foreign institutions will also not be able to repatriate their profits from the education business. They will, however, be allowed to send their profits from related activities, such as business consulting, back to their home country.

Foreign universities will enjoy some advantages over their local counterparts. They will be exempt from meeting quotas of socially and economically underprivileged students, which are mandatory for government-assisted institutions. They will also be free to determine the admissions process and fix tuition fees as they deem appropriate. "This [legislation] is a milestone which will enhance choices, increase competition, and benchmark quality," stated Minister of Human Resource Development Kapil Sibal, the Harvard-trained lawyer who is the driving force behind the legislation.

Some in India's academic circles fear that foreign universities will further impoverish local institutions by stealing away the best teachers from existing universities. "Backward regions of the country will suffer further because the few smart teachers there will be lured away by better salaries and working conditions by foreign institutions in big cities," says Pramod Arya, an education expert in the eastern state of Bihar.

But many teachers point out that increased salaries and better working conditions at foreign institutions will force Indian institutions to improve the quality of their service to stay in business. "Inefficiently run, substandard institutions will face the prospect of going out of business if they don't improve," says Atindra Sen, a former registrar of the University of Delhi. "Teachers will have better working conditions and students will get better courses and instructors."

Current conditions in the world of higher education can be miserable. There are several management institutes, such as the Oriental College of Management in Bhopal, where a teacher can be paid as little as $200 a month; entry-level lecturers at colleges such as Lakshmibai College in New Delhi receive a monthly salary of only about $400.

Critics of the government's move argue that India, which spends barely 3 percent of its GDP on education, must strengthen local institutions and offer better opportunities to its socially and economically disadvantaged citizens. They claim that, by not obliging foreign universities to meet its quotas, the government is relegating India's poorest citizens to inferior institutions. "With this bill, [the government] seems to be saying to the backward classes that, 'well, the best from the West is not for you,'" commentator Rama Bijapurkar wrote in the newspaper Business Standard.

Nonetheless, optimists still hope that this legislation will open India's doors to the world's best universities. Sibal, the human resources minister, sees India emerging as "the world's hub of quality and accessible higher education." Although that seems like a distant dream, the new law will certainly be a step in the right direction.
Posted by kuldeep singh chauhan at 05:03