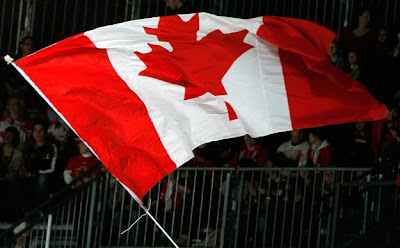 At the beginning of the 20th century, Canada was one of the richest countries in the world, enjoying boundless natural resources, a privileged place in the commercial empire established by still-dominant Britain, and access to the energetic American market. Against this backdrop, it didn't seem unreasonably boastful in 1904 when Prime Minister Wilfrid Laurier proclaimed that "the 20th century shall be filled by Canada."

Ninety years later, his words seemed more ironic than prophetic. The Canada of 1994 in many ways resembled the United States or Europe of today. Deteriorating public finances at every level were causing grave anxiety among both the public and experts. The federal government was plagued by persistent deficits. The national debt was growing at an alarming rate. The media and the international community were all predicting a day of fiscal reckoning with far-reaching implications. The Wall Street Journal went as far as to call Canada "an honorary member of the Third World."

Fast-forward again to today, and Canada seems to be back on track. The country's economy grew at an average rate of 3.3 percent between 1997 and 2007, the highest average growth among the G-7 countries, including the United States. Canada's job-creation record was nothing short of stellar. From 1997 to 2007, Canada's average employment growth was 2.1 percent, doubling that of the United States and exceeding employment growth in all other G-7 countries. Perhaps most importantly for future economic prosperity, during the same period Canada outperformed the G-7 average almost every year on business investment. Canada outperformed the United States on this measure in every year but three over the same period.

So perhaps Laurier was not wrong, just 100 years early. If the country continues on the path it is following today, it's not unreasonable to think that this will be the Canadian century, the era in which the country comes into its own as a world economic power and finally steps out of America's shadow.

The story of how a classic economic basket case transformed into a top global performer has implications beyond Canada. Every one of the tools Canada used to extricate itself from its parlous position is available to the United States. As the world's top economic powers gather in Canada for this year's G-20 summit, U.S. President Barack Obama and his team would be wise to study the Canadian model, or risk being left behind.

First, it's important to understand how Canada got off track. Prior to the early 1970s, Canada had a strict political culture, like many countries, which demanded balanced budgets and frugal government spending. Ottawa began to abandon this traditional discipline in the 1960s and 1970s, as federal spending increased from just under 15 percent of GDP in 1965 to 23 percent by 1993, but was not matched by equivalent increases in taxes. It was a phenomenon observed in many, if not most, industrialized countries during this period.

Between 1965 and 1996, Ottawa booked a grand total of four operating surpluses, and the real value of the national debt tripled. By the late 1980s, roughly a third of Ottawa's revenues were being used to pay interest.

Then there were the entitlement programs. The national public pension plan, the Canada Pension Plan, for instance, was increasingly unsustainable because its underlying assumptions, namely a growing population and continuous income growth, proved faulty. Huge premium increases or benefit cuts seemed the only way to carry the program through the looming retirement of Canada's enormous baby-boom generation.

The problem wasn't only in Ottawa. Canada's provinces, whose governments have much greater spending, taxing, and regulatory authority than U.S. states, were also hard at work creating a fiscal mess. As a share of the economy, provincial spending more than doubled between 1965 and 1993 while provincial debt tripled. The associated interest costs, as a share of revenues, also tripled.

By 1993, Prime Minister Brian Mulroney's Conservative government was beset by mounting internal pressure from the deficits, coupled with external pressures such as the Mexican peso crisis, which heightened capital-market worries about deficit-laden countries (three-month treasury bill rates more than doubled in 1995), and embarrassing international recognition of Canada's fiscal crisis, exemplified by the Wall Street Journal's mocking. The public was hungry for change, and in October 1993 the left-of-center Liberal Party of Canada led by Jean Chrétien came to power.

For the first year, the new government's promises of reform went largely unfulfilled. The turning point came in the 1995 budget when Finance Minister Paul Martin articulated a new direction for the federal government. "We are acting on a new vision of the role of government," he said. "Smaller government ... smarter government.

The Liberals' 1995 budget relied chiefly on spending cuts rather than tax increases to slay the deficit and began the long process of debt reduction. Spending was to fall 8.8 percent over two years. Large cuts in transportation, industry, regional development, and scientific support were made. The size of the federal government was to decline from 16.2 percent of GDP in 1994 to 13.1 percent in 1996. Public-sector employment was to fall 14 percent.

The new discipline paid off quickly. Federal government spending as a share of the economy fell even more rapidly than planned. Provincial government spending also decreased significantly from 25 percent of GDP to 20 percent. Federal budget surpluses were consistently reported beginning in 1997. The national debt fell by almost half (to a little over 40 percent of GDP) by 2007.

The CPP, Canada's main public pension plan, is similar to Social Security in the United States. Previously deemed a political third rail, the CPP's unsustainable finances suddenly became fixable in Canada's new reform-minded political climate. The federal government and a number of its provincial counterparts seized the opportunity of the public's willingness to confront long-festering problems and bear the cost of reform. Nine provinces along with the federal government agreed to a set of reforms to the program that went into effect in 1998. These included increasing the payroll tax, modestly trimming benefits, and investing budget surpluses in equities.

One can quibble with the specific nature and cost-effectiveness of the reforms; no one, however, can disagree with the results: The program's financing was placed on a solid footing that will enable it to weather the costs of the retiring baby boomers.

Like the United States, Canada achieved historic reform of the country's welfare programs in 1996. Canada's approach, however, was more decentralized than Washington's. Ottawa offered a historic deal to the provincial governments: unprecedented freedom to make their own welfare policies. This unleashed a wave of fruitful experimentation and innovation in the provinces, while spending was cut at the national level. The results were stunning. Large numbers of Canadians, previously trapped in poorly designed benefit programs, returned to the workforce: By 2000, the number of welfare beneficiaries in Canada had declined by more than a million people, from 10.7 percent of the population to 6.8 percent.

In short, the Canadian economy took flight as reform took hold. Moreover, Canada weathered the recent recession better than its G-7 partners, so the reforms of the 1990s are the gift that keeps on giving. Consider that the recession in Canada lasted only three quarters, from the fourth quarter of 2008 to the second quarter of 2009. Beginning in mid-2009, the Canadian economy turned a corner and is experiencing real GDP and employment growth. Unemployment peaked at 8.7 percent in August 2009 and stood at 8.1 percent this May. None of Canada's major financial institutions had to be bailed out.

Some in Washington might dismiss the relevance of the Canadian example to the United States' fiscal problems because of the differences between the two countries' political systems. This is a misunderstanding of the Canadian experience. Many reforms that were put in place required extensive political bargaining with powerful interests, and provincial consent was often necessary. Moreover, as part of the reform package, the Liberals in Ottawa directly challenged several of their traditional interest groups, among them the civil service and social-welfare advocates -- perhaps a precedent for Obama to consider.

In fact, circumstances in Ottawa and Washington in the early years of Canada's reforms showed parallel patterns. The Liberals faced a fiscally conservative Reform Party opposition in Parliament, while Democratic President Bill Clinton was under similar pressure from Republican Newt Gingrich's congressional majority after 1994. This political alignment proved fruitful in moving both countries in a more fiscally responsible direction, but Canada was able to sustain reform whereas in the United States it quickly faltered. For example, the Clinton-era Republican Congress began reducing the federal deficit in 1994 until surpluses were finally achieved in 1998. Unfortunately, the status quo mix of overspending financed with deficits returned in 2002.

What made reform possible was the depth of the crisis Canada faced, the extent to which the Canadian electorate demanded an end to irresponsible public finances, and the degree to which the entire political class responded. Governments at all levels then moved on a broad front, making it clear that no established interests would be exempted from contributing to the cost of slaying the deficit, lowering both taxes and the debt, and making the Canadian economy an outperformer.

Every one of these lessons is entirely applicable to the United States today. America's budget mess can and will be fixed when the public demands action and the political class decides to set aside rancorous and extreme partisanship in pursuit of a robust economy, job growth, lower taxes, and focused government. Call it the Canadian way.
Posted by kuldeep singh chauhan at 03:11