Terroracracy- How Iran Legitimises Its Domestic and Foreign Policies 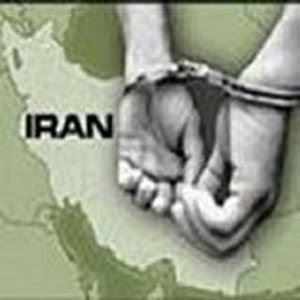 The late Ayatollah Khomeini and Ayatollah Khamenei, the two Supreme Leaders of the Islamic Republic of Iran, are among defenders and admirers of the late Navab Safavi. Safavi founded Fadayan-e Islam, a radical organisation established in 1946 in Iran and responsible for a number of key assassinations during the Pahlavi era.
Like other radical Islamists, Safavi wanted to cleanse the society by eliminating those whom he considered as corrupt, a concept not far from the current practice used by the Iranian judicial system: execution based on the charge of corruption on earth.1 For the past three decades, goals and ideals originating with Safavi and his allies have been propagated through the Islamic Republic of Iran--a government that is neither Islamic nor a republic, but one that has rendered Safavi, a radical terrorist, the status of a hero.
With the establishment of the Islamic Republic based on ideals and practices espoused by figures such as Safavi, Khomeini and Khamenei, the concept of terrorism is deeply embedded in Iran‟s post-revolution constitution:
The Constitution, having regard to the Islamic contents of the Iranian Revolution, which was a movement for the victory of all the oppressed over the arrogant, provides a basis for the continuation of that revolution both inside and outside the country. It particularly tries to do this in developing international relations with other Islamic movements and peoples, so as to prepare the way towards a united single world community ("Your community is one community, and I am your Lord who you are to worship") Quotation from the Arabic and to the continuation of the progressive struggle for the rescue of deprived and oppressed nations throughout the world.“
The above reference coupled with Ayatollah Khomeini‟s revolutionary doctrine points to an obvious conclusion: that the Constitution of the Islamic Republic of Iran mandates the continuation and export of Iran‟s regime to the global community through collaboration with like-minded movements. This is the foundation of Iran‟s policy and its practice of supporting militant terrorist organisations in the Near East such as Hamas and Hezbollah. According to the above, the aim of this collaboration is the all-important notion of creating a “single world community” based on Iran‟s definition of an Islamic nation.
It is important to note that the methodology employed by the Iranian authorities pivots around permanent struggle, a Marxian idea that regards violence as the engine of history. As the records of post-revolutionary Iran show, the Islamic Republic‟s permanent struggle leads to a future far from peaceful. This is a strong signal to “deprived and oppressed nations” not to follow the example of Iran‟s catastrophic revolution.