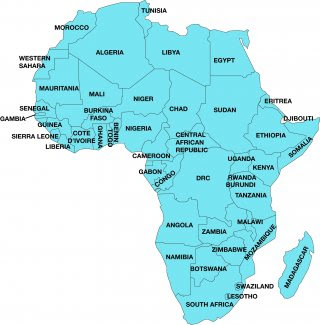 In the aftermath of the global crisis, Africa no longer seems uniquely risky. The opportunities are huge.

Africa was among the fastest-growing parts of the world between 2001 and 2008, with average growth of 5.6 percent a year. While the commodity boom played a role, stable macroeconomic conditions coupled with structural reforms—including the privatization of state-owned enterprises and lowered barriers to competition—underpinned the impressive growth. It was accompanied by large amounts of foreign direct investment (which more than tripled during these years), including inflows from the Gulf countries and from emerging Asia (China and India).

Resource-rich countries such as Nigeria and South Africa received most of the foreign direct investment during the decade, but new patterns have emerged in the last three to four years. In eastern and northern Africa, for example, new investment has arrived in nonresource sectors such as tourism, manufacturing, financial services, telecommunications, and construction. Also, a second tier of smaller but high-performing countries, including Ghana, Namibia, and Zambia, has caught investors’ attention.

Overcoming the global recession
Even though Africa was hit by the global financial and economic crisis, and growth slowed sharply in 2009, to 2.5 percent, the continent avoided the recession. The impact of the crisis varied across regions and countries, though on the whole the decline in growth was less severe than expected, allowing for a faster recovery. In sharp contrast to other parts of the continent, southern Africa has been directly affected by the global crisis because its resource-rich countries are dependent on exports and subject to the “neighborhood effect” emanating from South Africa. But many of these countries should recover quickly as commodity and financial markets rebound. The group of middle-income countries in North Africa, despite their close integration with the European Union, fared much better, partly because of their less open capital accounts and more diversified economies.

Countries with built-up reserves implemented stimulus packages and measures aimed mostly at easing supply-side bottlenecks. African policy makers have resisted the protectionist tendencies that often accompany a crisis of this magnitude. Instead, most countries maintained a prudent macroeconomic stance during the crisis, steered clear of protectionist measures, and in several cases accelerated reforms to create a favorable investment climate. Some countries, such as Botswana, Ghana, and Seychelles, took advantage of financial-aid packages that helped them adjust their economies significantly.

Having weathered the downturn, the continent faces the challenge of returning quickly to high and sustainable growth. In March 2010, the African Development Bank forecast 4.5 percent real GDP growth for Africa in 2010 and 5.2 percent in 2011, in line with the global recovery. While these growth rates are below pre-crisis levels, the recovery is broad-based, with more than 15 countries projected to grow by upward of 5 percent in 2010.

It remains to be seen if the recovery in the advanced economies, a key factor in Africa’s own recovery, will be robust and if adequate financial aid to low-income countries follows in a timely manner. So it is even more important that African countries create an economic and business climate to attract stable private capital flows.

Challenges and opportunities ahead
While Africa’s growth from 2001 to 2008 marked a turnaround relative to the previous three decades, it was more subdued when measured in terms of per capita GDP growth. In this respect, Africa still lagged behind most parts of the world, and the income gap between Africa and developing countries in other areas closed only slightly. The key question is when Africa’s low-income countries will reach a high, sustainable growth path that would allow them to narrow the income and productivity gaps with the more advanced economies.

Poor infrastructure is a major impediment to growth. A recent study1 of 24 countries, conducted by the African Development Bank and its Africa Infrastructure Country Diagnostic (AICD) partners, estimated that the total cost of bridging Africa’s infrastructure gap over the next decade will be about $93 billion a year, with about 40 percent in the power sector. Furthermore, it found that the continent has the weakest infrastructure on the planet, with Africans in some countries paying twice as much for basic services as people do elsewhere. The study argues that a well-functioning infrastructure is essential to Africa’s economic performance and that reducing inefficiencies and waste could result in major improvements in African lives.

Despite the significant progress in creating an environment for private-sector development, more can be done to achieve high and broad-based growth in Africa. Differences across African countries notwithstanding, the African Development Bank’s experience suggests that critical reforms would enhance Africa’s competitiveness:

Governance and legal frameworks should be strengthened, including property rights, which facilitate transparency and accountability in the management of public resources.
Encouragement should be given to the development of financial markets and the creation of access to credit for private-sector projects, which require funding from sound banking sectors, well-regulated stock exchanges, and venture capital.
The quality of human capital should be enhanced—in particular, by improving the quality of tertiary education and stemming the loss of talented citizens to emigration. The gender gap in education could be closed further.
The infrastructure gap should be narrowed through the development of energy and transportation, which are the main obstacles to competitiveness in Africa and put African entrepreneurs at a disadvantage to the major competitors in Asia. Challenges in the energy sector are particularly complex, requiring the harmonization of the activities of donors and countries, as well as the creation of proper institutional and legal frameworks.
Regional integration to create economies of scale and to leverage the strengths of individual countries should increase. Power pools, transport corridors, and cross-border climate change problems are among the areas to be addressed.
In addition, Africa’s fragile states face unique challenges. Given these countries’ weaknesses and market failures, the development of a vibrant private sector cannot be left to free markets alone. Experience in many countries shows that an improving business environment is just one condition for private-sector growth. The problem is that in countries with small productive bases, private-sector development often involves entering into completely new activities and hence incurring large fixed costs and risks, which private actors may not want to shoulder alone. Industrial policy aimed at encouraging the most profitable activities and easing the constraints to productive entrepreneurship can facilitate the private sector’s takeoff.

The African Development Bank and other multilateral institutions have done their share by working with investors and recipient governments to improve Africa’s business climate. To demonstrate that successful projects can be undertaken in African countries, the bank has raised its capacity to finance private enterprises and public–private partnerships. During the past three years, it has approved nonsovereign financing (including about 15 percent in equity) totaling $4.7 billion for 80 projects, primarily in infrastructure and financial services. This financing, with its typical multiplier of about five, has helped mobilize $23.5 billion from private and multilateral investors. Examples of such flagship infrastructure operations financed by the bank include a power generation, transmission, and distribution project in southern Africa, two submarine cables along the east and west coasts of the continent, and two communications satellite projects.

Africa continues to offer numerous opportunities to investors in the post-crisis world, with the options as varied as the countries. On the one hand, some, such as Botswana, Mauritius, Morocco, and South Africa, have investment-grade ratings on the sovereign and corporate levels. On the other, certain countries perform below their potential but offer some highly attractive projects in mining, pharmaceuticals, and telecommunications. While minerals, particularly hydrocarbons, will most likely attract the bulk of the investment in the medium term, other sectors with growth potential include renewable energy, financial services, and food production. These sectors have registered rapid growth in the last five years, largely because of Africa’s rising urban population. Growing global demand for food and the potential of Africa’s land make the agricultural sector attractive for investment. The telecommunications sector has continued to draw investment despite the crisis, given Africa’s large potential market and the limited impact of the crisis on demand.

Over the last ten years, macroeconomic and governance reforms on the continent have changed the institutional context of social and infrastructure development markedly, including the roles of various actors. Projects and sectors that in the past would have been entirely funded, owned, and operated by the public sector now involve partnerships with the private sector. The private sector invests in development and helps secure financing, diversify risk, and bring in management know-how for such projects. The reassessment of African risk in the aftermath of the global financial and economic crisis is creating a unique window of opportunity for making the continent an attractive place for profitable investment.
Posted by kuldeep singh chauhan at 22:58