The Chinese invasion in Latin America 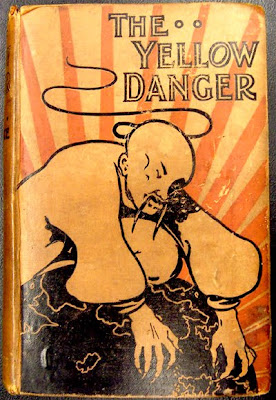 The economic growth that many countries in Latin America have gone through in the past few years has brought many positive aspects. Besides the obvious aspects, such as an improvement in the social condition, economic stability and planning capacity, among others, the economic expansion also brought new issues for which Latin-American countries should find a standpoint.

Historically, as an extension of Europe in the New World, Latin America became commercially (and several times politically) tied to the USA and Europe. Also in an important scale, countries depended on their neighbors to keep certain strategic sectors of their economies actively functioning.

The economic success the last decade brought to some countries, like Brazil, Chile, Peru and Colombia, among others, has enlarged the commercial view of each one of these countries. Previously, the economic dependence on the USA and Europe would restrict and decrease the negotiation power of any Latin American country. That was the main "fuel" to turn the useless rhetoric that "we are exploited by the imperialist yanks and colonizers Europeans" into something permanent among the pseudo-intellectuals that did not recognize the incapacity of our negotiators, but only the advantage foreigners took from us.

Today, this situation is pretty different. The world has diversified its production capacity and its group of consumers. Brazil, for instance, has increased its sale of products (and diversified the set of exported products) in Latin America, maintained the USA and Europe as important consumers and has China as a potential "customer" with capacity of causing a com a tsunami in the Brazilian trade balance.

Commercially and economically all of us already know about the benefits brought by the market diversification and how this generates a sensational potential of production growth. Politically, the coming of new players changes a bit the geopolitical perspectives in Latin America:

1. The coming of a new player increases the production demand, maintaining the economic growth in a virtuous circle that is in expansion;

2. The Latin American countries' capacity to bargain with older buyers increases, since a new buyer is the guarantee that product can leave a destination and find another;

3. Thus, the USA will need to check their negotiation policies with countries like Brazil and Peru, for example, for they demand interesting counterproposals so that this continues to be the destination of choice for certain products;

4. Trade negotiations, such as the Doha Round, for instance, have a new dynamics, once viable and interesting alternatives may come without the presence of big economies, such as the USA and Europe.

Naturally, the biggest of these players is China. Still weak in terms of perception, but statistically giant, the presence of the Chinese in Latin America offers an alternative that implies a total change of conduct by those Latin American countries that wish to have strong ties with China. The region, particularly Brazil, may abundantly provide vital items for the survival of a country throughout this century: food, energy and water.

The food issue is already pretty active. Brazil exports a considerable quantity of rice, soy, corn and other products to China. Peru and Argentina are also increasing their exports to the East. If previously the big markets were divided between the USA, Europe and national market, a country with the population and appetite of China completely changes the perspective of negotiations. We already see the Chinese interest in buying land in Latin America to manage a production here and, little by little, take hold of shipment logistics to China. This is both dangerous and counterproductive for Latin Americans. The logistic chain must always be in the hands of local governments, so that the negotiation power is not lost.

Energy is still as important as food for the Chinese. This may be a great opportunity to attract direct investments for the infrastructure of each country. It is worth remembering that the "energy" issue has put Latin America in the map of the global geopolitics, both by the positive points, such as the pre-salt and Hugo Chavez's adventures financed by petrodollars. In this sector, we will see a stronger and more evident Chinese presence. China will present projects of plants and companies to explore oil and natural gas fields. Once again, if the logistic process is lost and stays totally in the hands of the Chinese, the China of tomorrow will be interpreted as the USA of yesterday in Latin America. Biofuel is the "apple" of the Brazilian Government's eyes and, if properly used, it will be the main object of bargain and negotiation Brazil will have to obtain what is convenient not only from China, but also from the USA and Europe. For this, there must be a domestic regulation, which should be transparent from production to distribution to the end customer abroad. Only by doing this there will be trust and foreign mass investment in the area.

Finally, water is a sensitive and highly strategic point. However, this is a sector that will have a dominant role in the future. The world recognizes the need for drinkable water grows by the day, but it is not enough to actively act in the political relations among countries yet.

Nevertheless, the protection of the environment and ecosystems where this asset is found is far from being well done. Thus, the world does not trust Latin America as a safe region to manage this resource in the next years.

Relations with China must be carefully considered. If there is a total opening for the coming of the Chinese in form of investments, physical presence of companies and specially control of the strategic logistics in some sectors, we run the risk of regressing and become dependents on one country once again. We must give China and other countries the opportunity to invest in the country, as partners and never as vital players. Thus, Brazil, Mexico, Argentina and Colombia may diversify and increase their productions and have as their vital buyers not only the Chinese, but also the North Americans, Europeans, Russians and Indians.
Posted by kuldeep singh chauhan at 02:41